Blackpool is the number one tourist resort in the UK and its history suggests that it always seemed destined for this kind of greatness.

Before the 18th century, Blackpool was simply a quiet hamlet by the sea surrounded by forests and impassable bogs. Then, in the 1700s, the upper crust of society began spending their summers at Blackpool, drawn mainly by the lure of the sea which, during those days, was believed to have the power to cure diseases.

By the middle of the 18th century, even the middle and lower classes were taking summer sojourns at Blackpool to benefit from the sea's curative powers. It was not long before hordes of people trooped to Blackpool and could be seen paddling in the sea in search of health and a cure for what ailed them.

The year 1781 marked a turning point in Blackpool's history as two men, Thomas Clifton and Sir Henry Houghton, constructed a private road that made Blackpool more accessible to people. It is no coincidence that 1781 also marked the first time stagecoaches from Manchester would travel to Blackpool. By 1782, the stagecoaches would be travelling from Halifax as well.

During the latter part of the 1780s, four hotels had been established in Blackpool to accommodate the town's ever-growing number of tourists. However, despite all this, the development of a Blackpool economy and the growth of its population remained slow.

This all changed with the dawn of the 19th century when an entrepreneur named Henry Banks started buying huge parcels of land and constructing new building around Blackpool, a task that was later continued by his son-in-law, John Crocker. Banks, known as the Father of Blackpool, erected the town's first holiday cottages while Crocker built its first assembly rooms. Many of these structures still stand today.

The year 1821 marked the consecration of the St. John's Church in Blackpool.

By 1852, gas lighting was introduced in Blackpool, followed by piped water in 1864. Construction of the Promenade along the seafront began in 1856 and was completed around 1870. At the time, entertainment in Blackpool consisted wholly of Uncle Tom's Cabin, a simple shack that provided drinks, music and dancing.

The Central Pier, then known as the South Jetty, was erected in 1868. It had theatres and assembly rooms as its main attraction, although the pier only became popular when open-air dancing for the masses was introduced in 1870.

The South Pier was completed in 1893, mainly as a complement to the development of South Shore, which had well patronized 32-acre amusement park that had a huge American Carousel as its main attraction.

The development of the Pleasure Gardens began in the 1870s. It included a lake, theatre, ballroom, race course, skating rink, football and cricket grounds, aviary and monkey house. It was complemented by the Blackpool Aquarium and Menagerie, which opened in 1875.

The Winter Gardens opened in 1878 and featured an indoor promenade and pavilion. One of the novelty rides at the Winter Gardens served as the inspiration for the first permanent electric tramway in the UK, the Blackpool Tram, which became operational in 1885.

In 1876, Blackpool was hailed as an official Borough. In 1877, while suffering from economic depression, the Blackpool Council launched a grand affair and carnival in the piers to spur tourism and economic growth, highlighted by Blackpool's pioneering street lights. The Blackpool Illuminations were borne. More than 100,000 visitors from out of town were on hand to witness the show.

In 1885, Blackpool became the first town to have an electric tram system with the formation of the Blackpool Electric Town Company. The first tram rides were free of charge and were used a great deal for the transport of farm produce and building materials for use in the fast-growing town.

Blackpool strengthened its entertainment industry in the 1890s with the construction of the Opera House in the Winter Gardens Complex and the circus and ballroom at the Blackpool Tower. The decade also saw the opening of the South Pier, the Grand Theatre and the famous 220-foot Gigantic Wheel, which was then the biggest in the world.

The 1900s marked the development of the Golden Mile and the Blackpool Pleasure Beach. 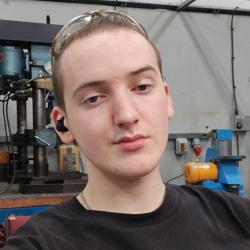 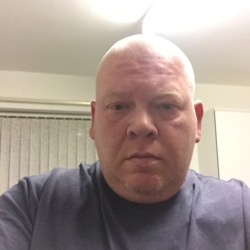 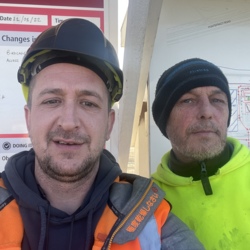 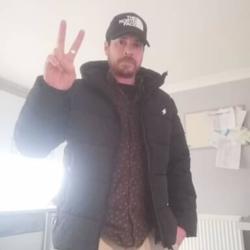